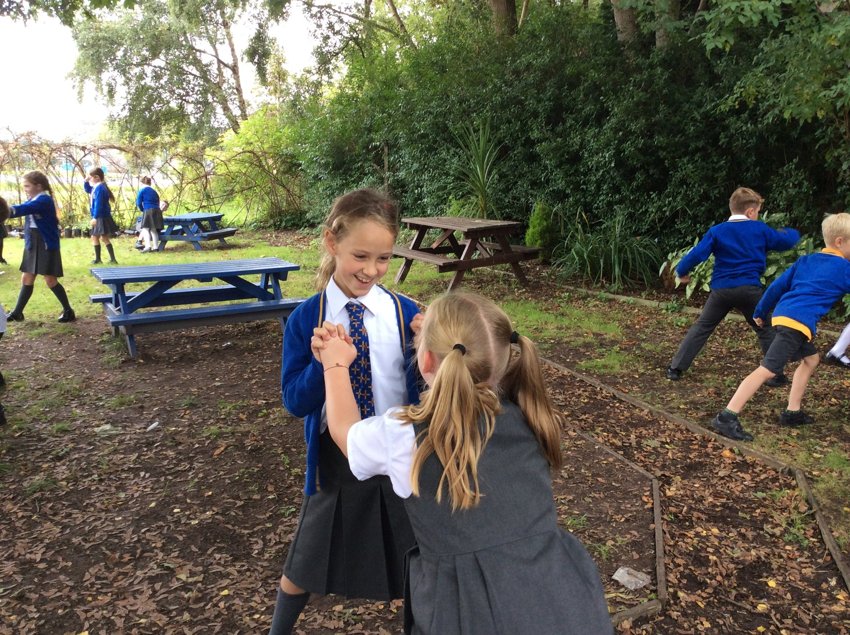 Where did those 6 weeks go? We have had a wonderful first week in Year 4. Your children really have been at their best, showing of all they have learnt in Year 3 whilst showing a maturity fitting of Year 4. I am confident in saying that this is going to be a good year.

We did our introductory lesson into our Shakespeare play 'Macbeth' and the children most certainly approved. Some were hesitant to start, not knowing much about Shakespeare but now they are very much converts. We began with the opening scene, the battle between the Norwegian and Scottish armies.  Creating five 'freeze frames', in pairs, the children portrayed a brutal battle. After the 'battle' they led their partner, with their eyes closed, around the battlefield. They described the picture to their partner as they imagined what they could see, hear, touch and smell. The wind, rain, mud and uneven ground of the millennium garden really added to the experience! 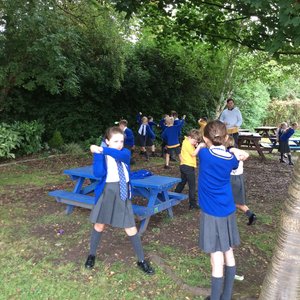 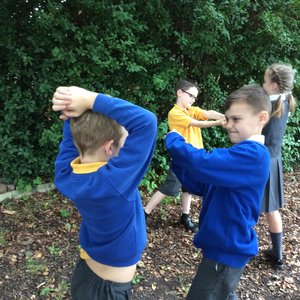 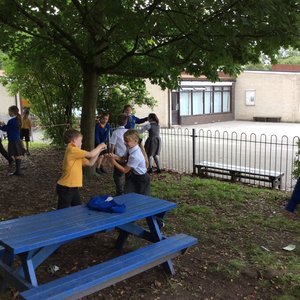 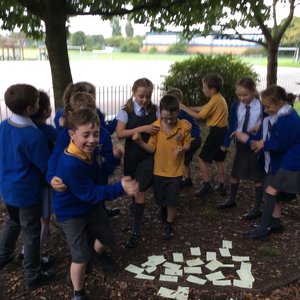 Graham from YMCA swimming came into Year 4 to deliver a dry swimming lesson. He told all the children about the expectations and rules whilst swimming. All of which he sent home in a whole bundle of letters. Swimming starts on Thursday. We leave school at 10.30 and will return at 12.15.

We were also fortunate to receive a taster session in archery this week. The children enjoyed the target practice and I know lots of them have signed up for the after-school club.

Thank you for a fantastic first week. 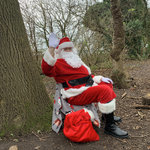 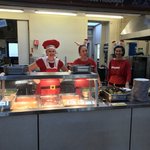 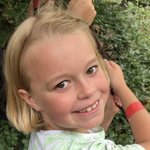